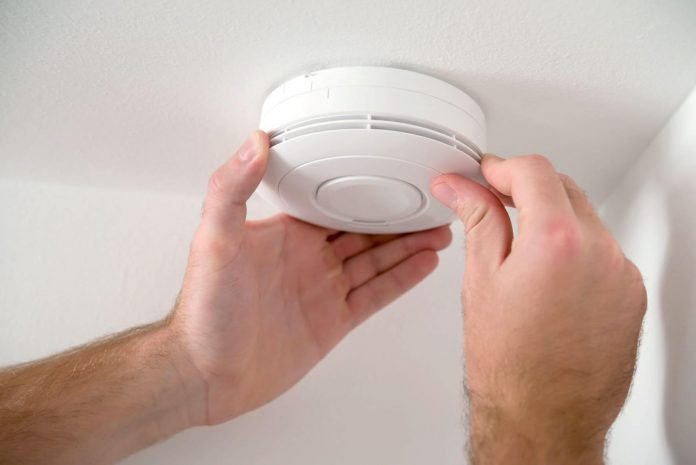 In case of a fire, you need to protect yourself and your loved ones. You would have an easier time escaping if you install smoke detectors in your home. A smoke detector is a safety device that detects smoke, heat, and burning and sets off an alarm when the sensors detect a fire.

The key to installing a smoke detector is to understand the process and know what you are doing. This simple fire detector installation guide will teach you how easy it is to install one in your home. There are some electrical projects that you should leave to a professional but this is a task which you should be able to complete yourself. 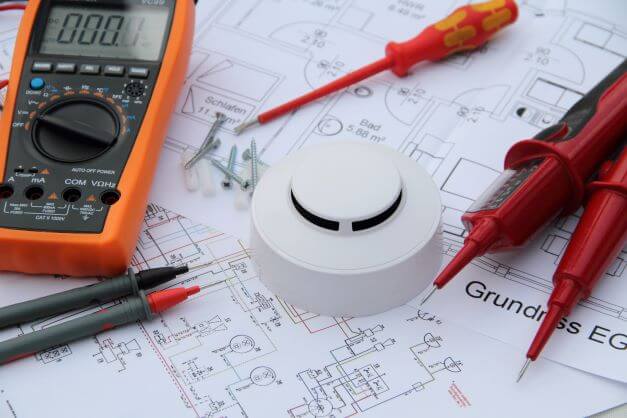 What is a smoke detector?

A smoke alarm is a safety device that detects the presence of smoke, heat, or burning. It’s one of the most important tools you can have in your home to protect yourself from fires.

Smoke detectors are designed to detect fires, but they also have other uses like detecting carbon monoxide poisoning and malfunctioning wiring.

Depending on the type of device you purchase, you may be able to control some aspects of it remotely. For example, some models allow users to arm/disarm the device so that someone else in the house can’t accidentally set off the alarm. The devices work by sensing heat and chemicals in the air. Smoke alarms will sound when these sensors detect a fire or something similar.

The different types of smoke detectors

Smoke detectors come in many different types and shapes. The three most common types are ionization, photoelectric, and combined.

Photoelectric smoke detectors look like a small box with two light sensors on top of it. Photoelectric detection uses light to sense heat and smoke particles.

Combined or dual-sensor smoke alarms have both of these sensors, which is why they are considered the most effective type of detector when it comes to fire safety.

Not only do you have to consider what kind of sensor your detector has, but you need to think about the features that will make it easy for you now and in the long run to maintain your device. For example, some detectors have an automatic reset button that can be activated if there’s an interruption in power or if it loses the alarm battery life too much during testing.

Why do you need to install one?

Smoke detectors are not only a necessity in case of an emergency, but they can also make your home safer. This is especially true if you have children or pets at home.

A smoke alarm is more effective than carbon monoxide detectors when it comes to detecting fire. Though there are other types of alarms, such as heat alarms, these are less common and typically don’t work as well.

Furthermore, smoke alarms sound the alarm regardless of whether you’re sleeping or awake – so they’re always ready to go. 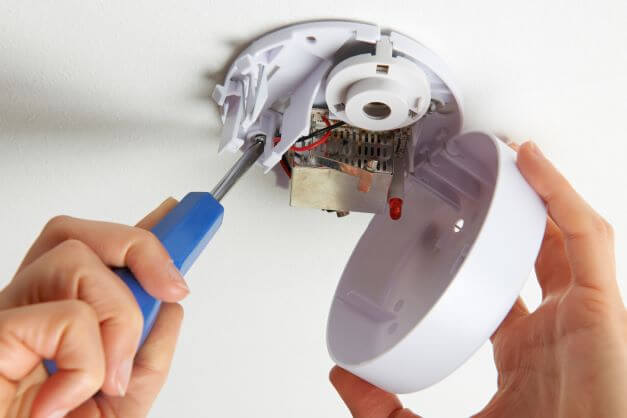 How to install a smoke detector

Most smoke detectors are battery-operated and come with a test button that you can use to make sure it’s working. It will also have an alarm button, which sets off the alarm when there is a fire. The instructions for installing your smoke detector are as follows:

Smoke detectors are not effective when they are in a congested area. You want to place your device where you believe it will be most effective for the sake of your safety.

Locating your smoke detector is important because it’s going to be one of the first things you check after a fire. By strategically placing your device, you’ll make sure that you’re able to get out of the building quickly and safely.

The best places to place your smoke detector include on each level of your home, near doors, windows and vents, and in hallways near bedrooms or living rooms. These spots will give you a good vantage point to monitor the whole house in case of an emergency.

In addition, consider installing more than one smoke detector if your house has many levels or there are multiple exits for different parts of the home that lead outside.

2) Turn off the power (for only hardwired units).

Shutting off your fire alarm system is an important step to take in order to avoid any dangerous situations. Make sure to check the breaker marked with ‘fire alarm’ or something similar and turn it off. This may be a circuit that shares power with lighting, so make sure it’s off too! Next, check the smoke detector by holding it down from its bracket and checking the wires for electricity.

Remove the mounting bracket from the smoke detector by twisting it and the bracket apart. You’ll hear and feel a loud click as the two pieces detach from each other.

When installing a battery-powered smoke detector, be sure to hold the bracket in place so the measurements match and use a pencil or other straight object to make marks on the ceiling or wall for mounting screws. Drill two holes with a compatible anchor kit and screw into those anchors using screws that have been tightened down by hand. Do not over-tighten these screws!

Hardwired smoke detectors should be mounted to a previously existing electrical box. You can remove the screws in the corners of the box and slide in the new bracket, then tighten them with a screwdriver. Don’t forget to pull wires through the bracket at the same time!

If your battery is inside of a unit that includes a pull tab to remove the battery, opening the battery door is an important precaution. It’s also important to check the battery when it doesn’t work- if it looks like it might be gone or leaking, you should replace the battery.

Step 5) Connect the smoke detector to the base

This simple twist-lock procedure is used to secure smoke detectors. When it snaps into place, the device will emit a loud sound and a continuous LED light indicator should show every few seconds to show that it’s powered on.

By pressing and holding the test button on your device, you can activate the alarm. If the alarm sound makes a beeping noise, then you have a safe working fire detector! You should be worry-free! If it doesn’t then try some of these tips to see if it’s set up correctly:

If all those issues haven’t been solved then there is a problem with the unit and so you’ll need to get in contact with the manufacturer or store to get a replacement. 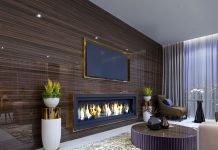 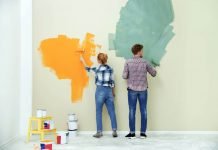 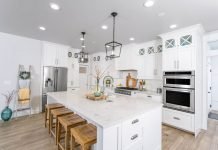 How To Install A Smoke Detector: A Simple Guide

8 Simple and Effective Tips for Keeping Your Countertops Clean and...

The Top Tips, Tricks and Pieces of Advice from Professional Movers

5 Ways to Update a Small Kitchen on a Small Budget

How New Floors Can Reinvent A Property

Electrical Projects You Should Not DIY

ABOUT ME
What's the big idea? Well we are Bob and Sue Taranto and we love building and creating. Follow us on our journey as we renovate our house and give you some great DIY tricks.
Contact me: diy@thebigidea.co.uk
© Copyright 2022 The Big Idea